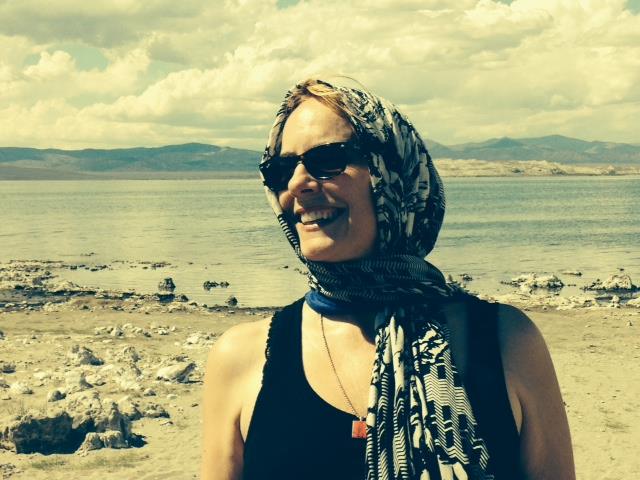 Bitting
Everything Crumbling Becoming Something New

Sometimes grief arrives as unexpectedly as a murmuration of birds
wildly fluttering her hands whispering pollen seeds air.
She is looking you in the eye, causing a rainstorm inside your heart
while she mimics the exact speech of dusk against your wrists.
She curls with you in sleep, imprints an ache of hipbones against your back.
In the morning she is brushing her teeth with your toothbrush, her face
a galaxy of planets reflected in all your windows. She is standing
in a field of unmown hay in the middle of your kitchen where light and wind
conspire to ignite a fire in the middle years of your life. She has a 55 T-Bird
and wants you to drive. You don’t know where you are going
but she hands you a map and traces her finger
along trade routes that whisper sex loss birth death.
You drive until the road disappears into dust. Ghosts of deer drift an avalanche
of despair across your field of vision. This is where you pull the car over
to stand beneath a sky recreating itself every night in the mythos of stars
Casseopia Orion’s Belt Dog Star until the loneliness of the planet rises
through the bones of your feet like a tsunami of sorrow cradling hopeful tenderness.
You are afraid to move, certain you will frighten that shy animal of galactic dreams
back into the pain of space, so you practice balancing grief and hope
until something like a puzzle of miracles breaks apart inside you
and you are breathing water, swimming air
dragging all the lifelines of the planet tangled as one behind you.
This is where you create water for the world with your own tears.
Grief asks you to drive her back home again, but you decide to stay here.
A storm is coming. You smell electricity in the air, taste a remembrance of
granite ochre chalcedony This is how things fall apart, how they are mended
once again. You want to unroll a sleeping bag, become a living hieroglyph.
You want to build a bonfire for the world to warm its hands.

I thought I would make a short list of what is not a feeling.
Birds are not feelings.
Birds eating cherries from the tree are not feelings.
This is the best entertainment, I say to myself, watching birds eating cherries,
and now I have made a feeling.
The robin’s beak glistens with the sticky juice.
When a cherry comes off a branch, snagged on the sharp point of its beak
the robin flies away with the cherry, perches on a fence post.
But the robin cannot eat the cherry if he is holding onto it,
so he drops it and goes back to the tree for more.
The robin is not a feeling.
The deep rust of the robin’s breast is not a feeling.
But when I recognize the robin as male because of the color of his breast
a feeling about maleness swells from my center, and I shiver.
The magpies take big bites out of the cherries, half of one at once.
They squawk and scream at the other birds, who ignore them.
Listening to bird calls is not a feeling.
A very old tree is not a feeling.
But when I think of how very old the tree is, a feeling comes.
The magpies tug the cherries off the tree, sometimes 2 or 3 at a time.
They fly back to their nest and pull them apart like prey.
Below the nest piles of cherry pits lie in varying shades of decomposition.
A young sparrow flies from the cherry tree, giddy perhaps from all the sweetness,
and crashes into my window, breaking its neck.
The bird is warm in my hand.
And I have made another feeling.

I was never married nor divorced
nor did I have any children.
I never thought to have them or
simply never had them.
I had plenty of sex though
and sometimes sometimes
simultaneously, I had love, too,
that frightened me that I pushed
away as if it were a dark alley
rather than a garden of light.
But sometimes I allowed a few
white gold strands to pierce
the dark burnt blotches
of my heart, replace dried
branches of pale pink geraniums
with life. Yes, love restored me,
and coupled with sex, made me laugh
till my whole body shook.

Looking back, I was a man once, then
a woman, then a man, and a woman again.
I came simultaneously as myself, laughing.
Was this tantric, shape shifting–
or shifting gender identification?
No, I WAS the darkness of my heart once,
then great rocking laughter of light.
I was the baby and the mother
at the same time.

Hilberry
Poem beginning with a line from Paul Monette

Everything extraneous has burned away.
The jackets and pants in his closet,
extraneous, the three miscellaneous canes.
Oh, the garbage bags, filled with boxes of tea,
stale cookies, oceans of greeting cards,
newsletters, inkless pens. The socks,
all-cotton. The last time I saw my father
I didn’t know it was the last time. Luckily,
everyone else left to buy a humidifier,
and thank God–I say thank God because
although I was always checking that the medicine
was on schedule, the morphine given
when needed, that he had an ample stash
of oxygen tanks–although I was vigilant in his care,
I did not often enough sit with him, touch him.
After he died I wanted to see his body.
I couldn’t get there, delayed, no more flights.
Grand Rapids? Battle Creek? Lansing?
I could rent a car, but by then they would
have carried him out–and the old folks
eating in the dining room might look up
at the ambulance drivers, the stretcher, the sheet,
and the word Conrad would whip around the room,
but no one would get up–Why? What
could they do? they would finish their lettuce
with a half pear on top, a piece of pan fried fish,
some uniformly-cut french fries, and
the coffee, coffee, coffee, waiters circulating
in black uniforms with their pots of coffee.
I couldn’t have gotten there, couldn’t have seen
the body that had clenched like a claw
around the lungs, the mouth open
like one of the mummies of Guanajuato–
couldn’t see him, touch him, unless
we wanted to embalm, a word too ugly
to contemplate. He would have hated it.
And so, thank God that day I reached for
the bottle of lotion and pumped the vaguely
almond-smelling salve into my hands,
and lifted one of his bony, tiny-veined ankles,
and slathered it with lotion, his leg scaly
from the dryness, and I wetted the scales
so they lay down, they disappeared,
and I used my competent hands, which are also
his daughter’s hands, to stroke the leg, ankle bone
to calf, quenching the skin, and I spread
lotion under the high arch, the foot that still
looked tender and fresh as a child’s,
not marked, as some feet are, by the burden
of walking, and the nails, delicate
as a woman’s, evenly trimmed, translucent,
the nails that were also his father’s, his grandfather’s,
his brother’s, mine–and I rubbed lotion
into the hollows between his toes, and he liked it,
the way you know a cat likes it when you rub its chin–
I got the arch, the pads of the toes, the back
of the heel. I gave a few extra strokes just,
as he would say, “for good measure.”
Then I lifted the other foot.

Alcantara
The Lady in Rags

She puts her pants on all wrong:
seams out, zippers in, pockets closed –
a reminder that the world is convention,
is compromise, is habit, and that she will not
play along. She wants to be uncomfortable,
inconvenienced, irritated – her pants a spur
in the flank, a pebble in the shoe. She wears
her clothes like a flag, like a banner borne
before her in battle. She is marching to the heart
of it, passing by the watering hole, keeping
her own company. She will not trade something
for nothing, will not stand with her hands
stuffed in her pockets. She sallies forth,
singing a song no one has ever sung,
a song she writes as she goes. 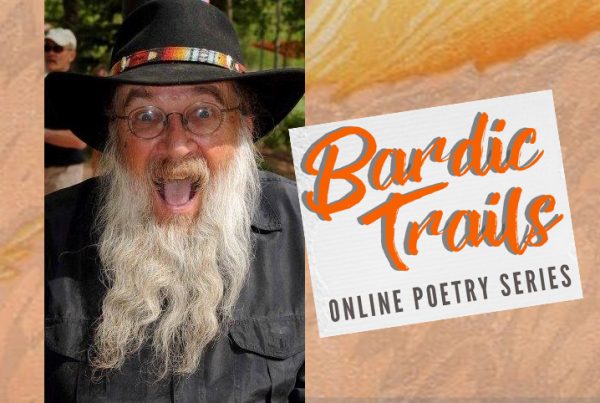 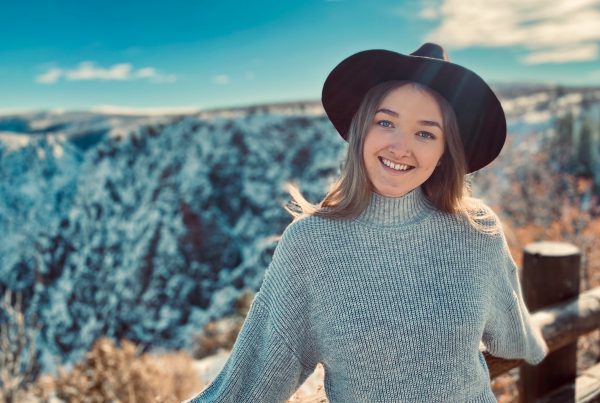