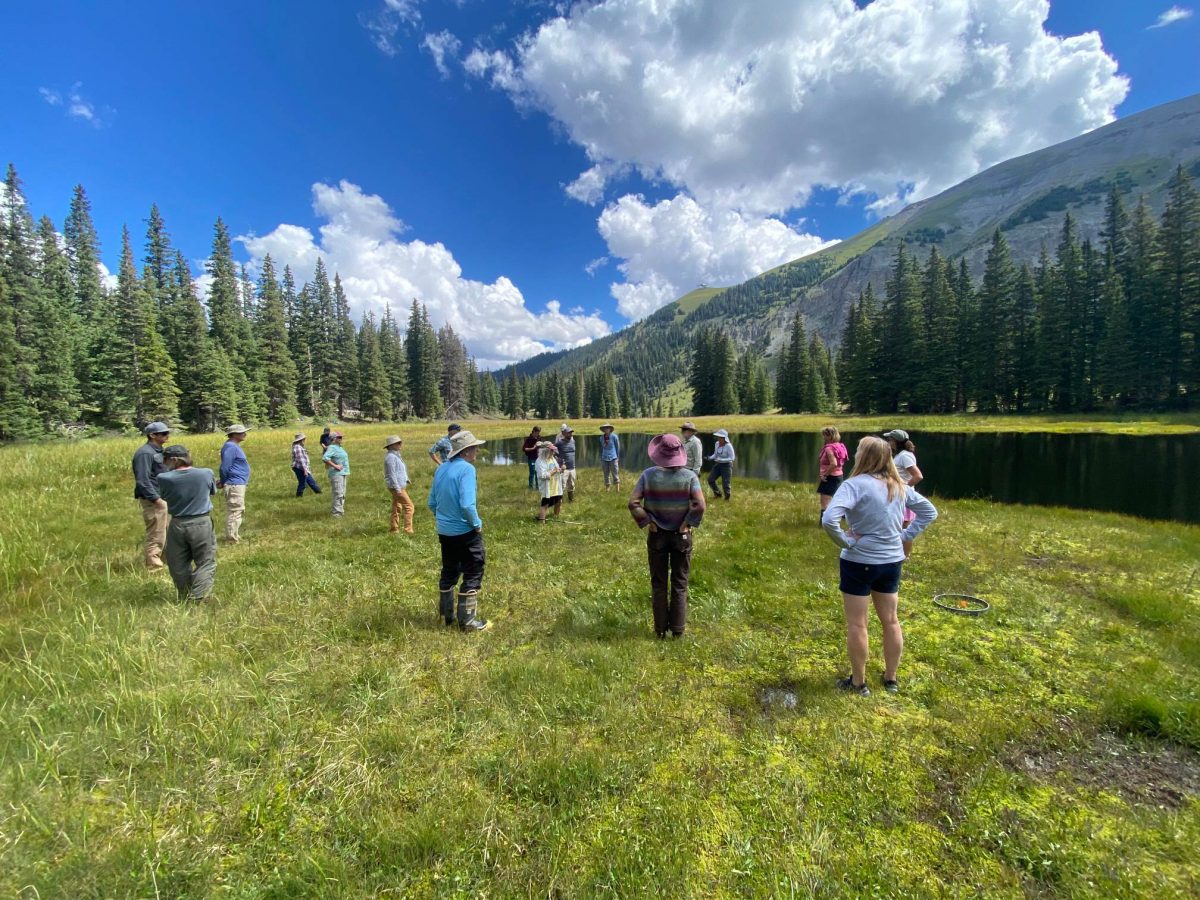 A a Fens update from Executive Director, Tucker Szymkowicz.

I smiled as I watched Art Goodtimes walking barefoot across the floating mat of mosses, peat and aquatic plants surrounding the perimeter of Buckeye fen. Art along with his old friend and wetland researcher Dr. David Cooper are longtime stewards of these unique peat producing high alpine wetland ecosystems called fens. After overcoming two bouts of cancer I can only imagine how it feels for Art to return to these fens which he helped to protect almost 25 years ago. So much has changed in that time but the beauty of the Prospect Basin Fens Project is that those changes have been researched, documented, recorded and analyzed with the hopes of providing management suggestions for improving ecosystem health as well as creating new systems and standards for research in regards to fens that can be models for other such projects around the world. 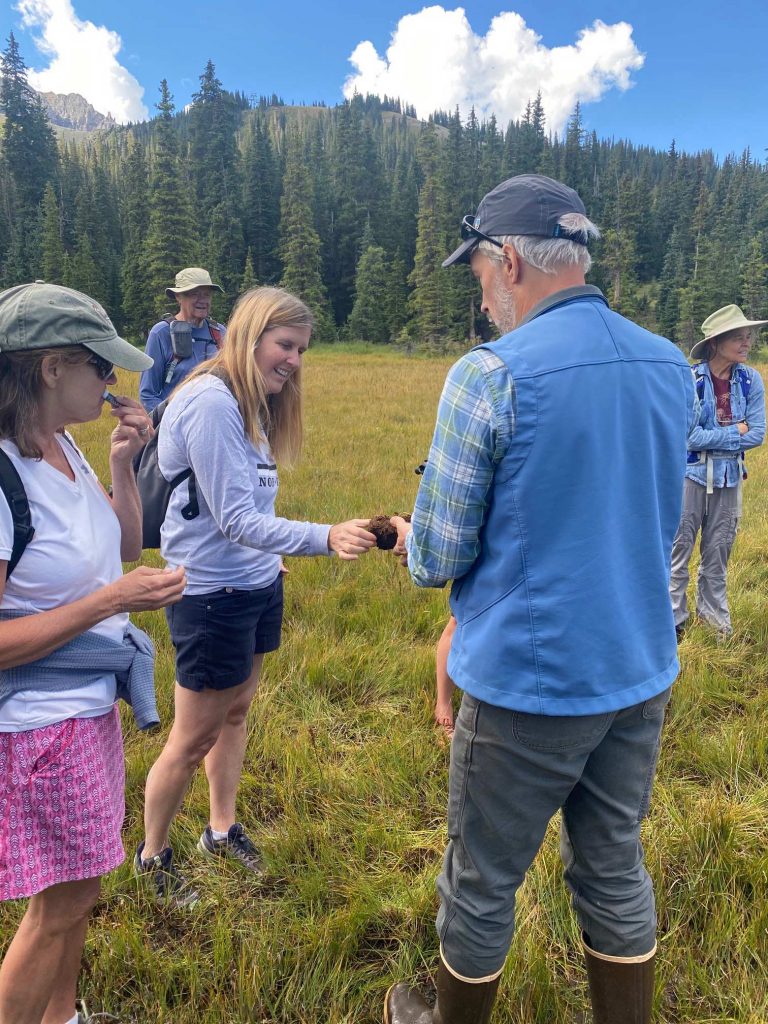 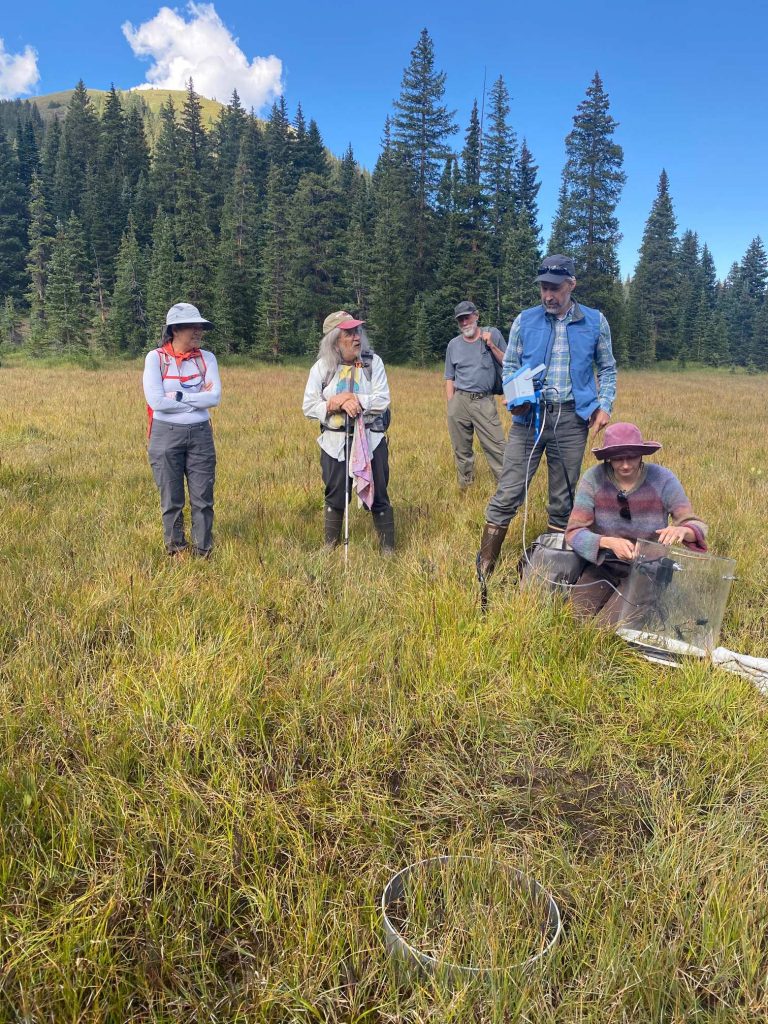 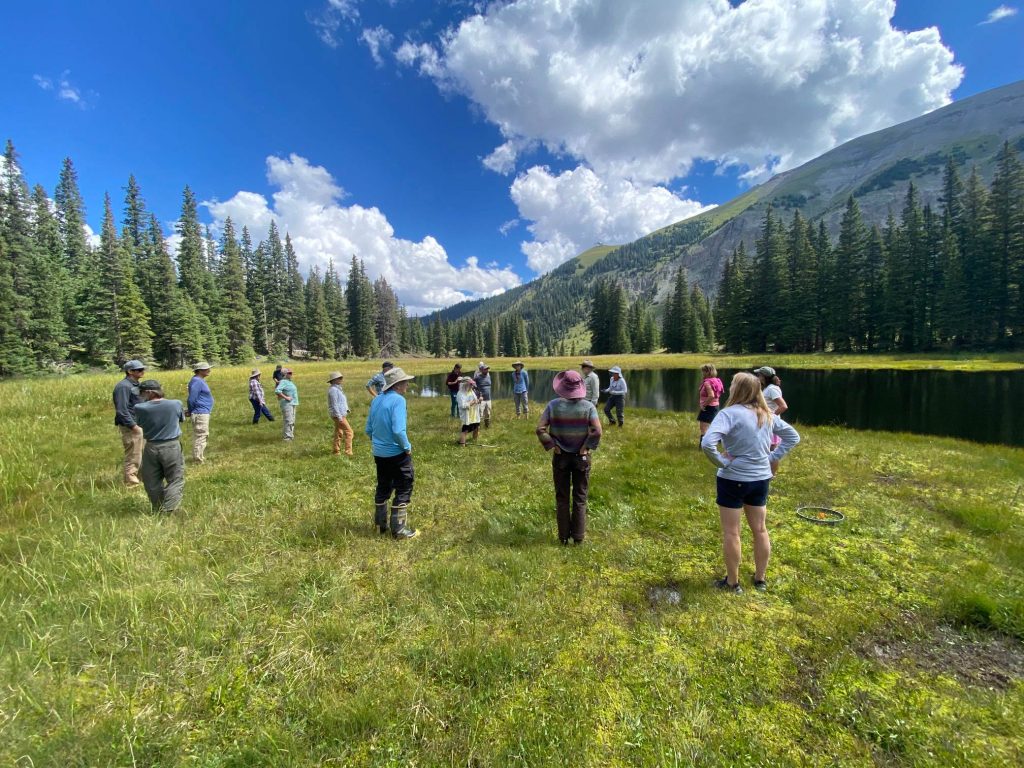 On the floating mat Art and David are accompanied by fellow researchers and stewards Dr. John Hribjlan, Kate Miller and Eduardo Oyague as well as 20 participants who have signed up for this unique tour. Some attended the presentation the night before at the Wilkinson Public Library, others have been on previous fens tours and some are first timers. The mat begins to sink if they stay too long in one place so everyone awkwardly shuffles around, high stepping a little as if dancing to bluegrass music at the base of Palmyra Peak.

Like the night before each researcher takes a turn explaining their research, their story and their findings. Dr. Cooper tells the story behind the research project’s inception back to the days when Telluride Ski and Golf was proposing to expand the resort into Prospect Basin. The five fens in Prospect Basin were in jeopardy if the ski resort had proceeded with the typical model of expansion which involved bulldozers leveling the terrain to create a more even pitch. Instead upon Dr. Cooper and others advice they left and protected the fens, they crushed stones in place and cut rather than bulldozed the slopes. Dr. Cooper points to the invasive plants inhabiting the typical ski run vs. in Prospect Basin and the difference is clear as are the beauty of the fens themselves.

Buckbean fen is the most photogenic, it’s waters reflecting Palmyra Peak as the group gathers to hear more about the research in the fens. Kate Miller a researcher from University of Nebraska Omaha points out a series of test sites where she gathers data on the carbon sequestration of the fens. This is the second year of this particular study and her professor Dr. John Hribjlan a former student of Dr. Cooper’s explains that these methods are really cutting edge and could have an impact on fen and wetland research around the world. These words sink in as my feet sink into the floating mat, helping me to better understand the full potential of this project and the research being done here. 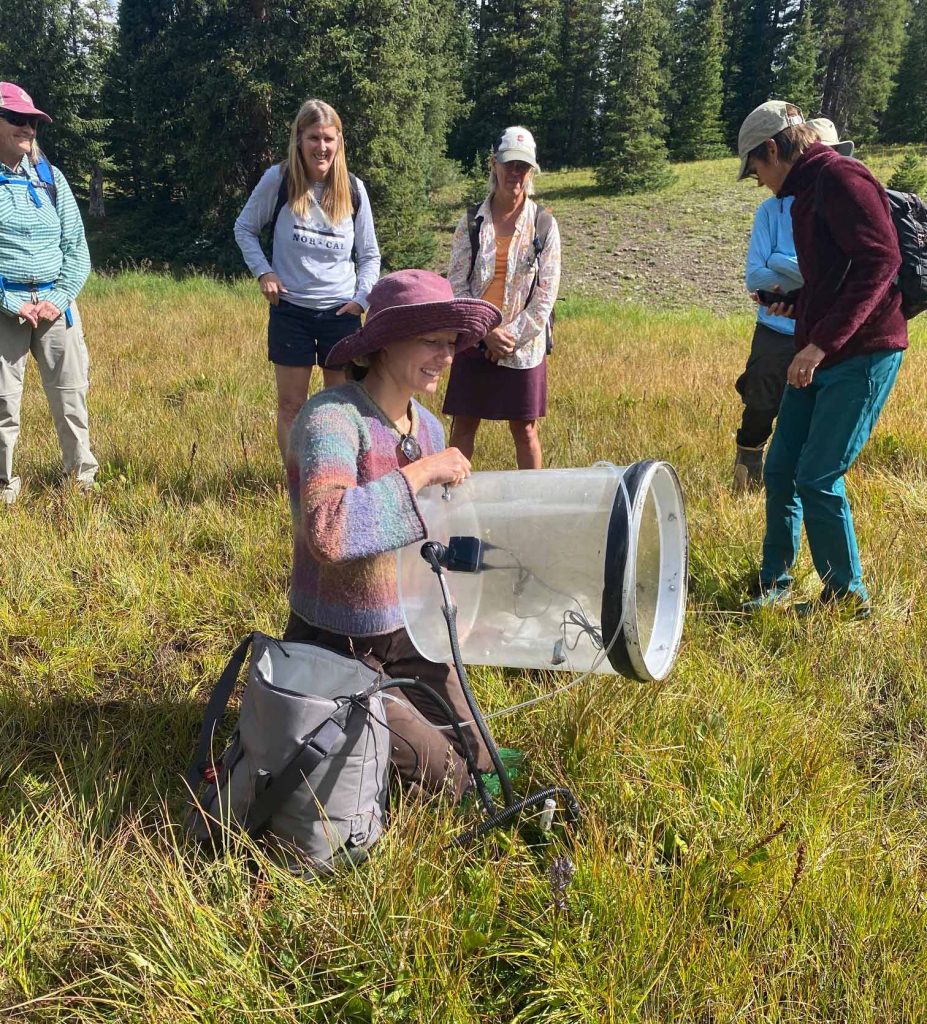 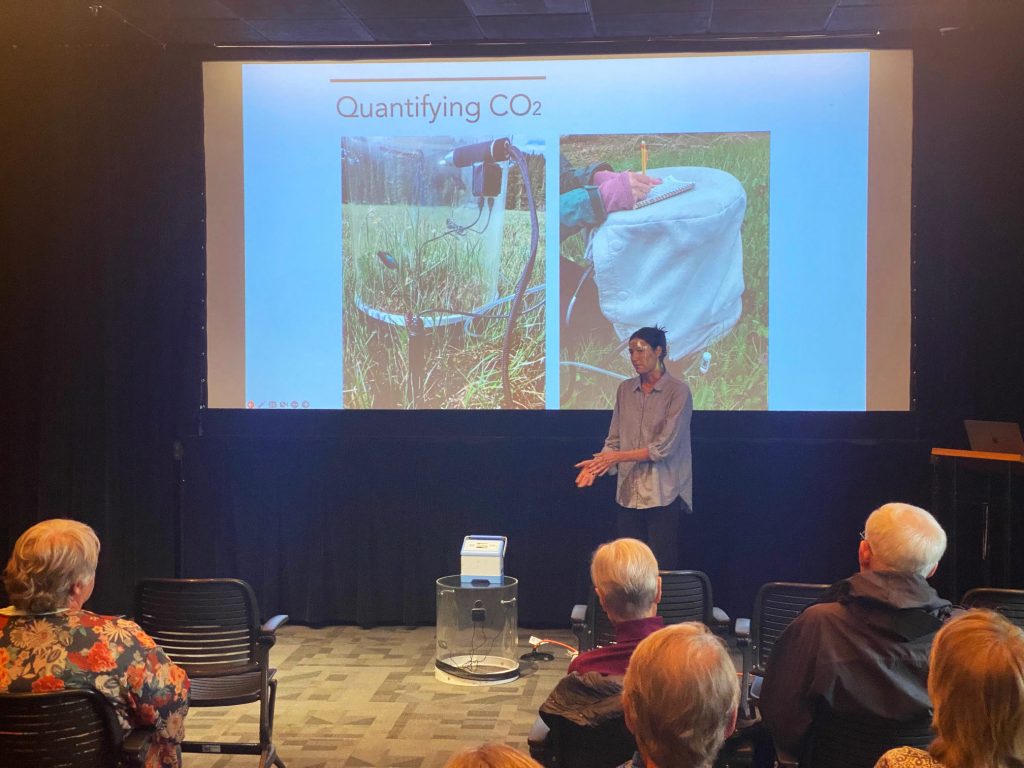 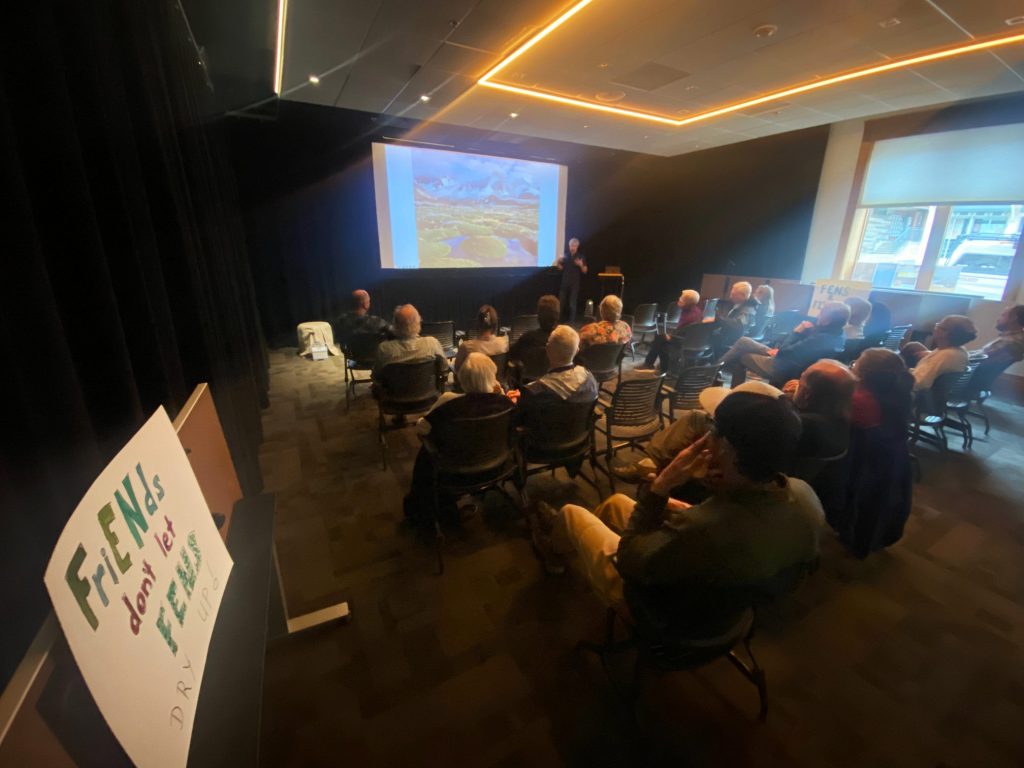 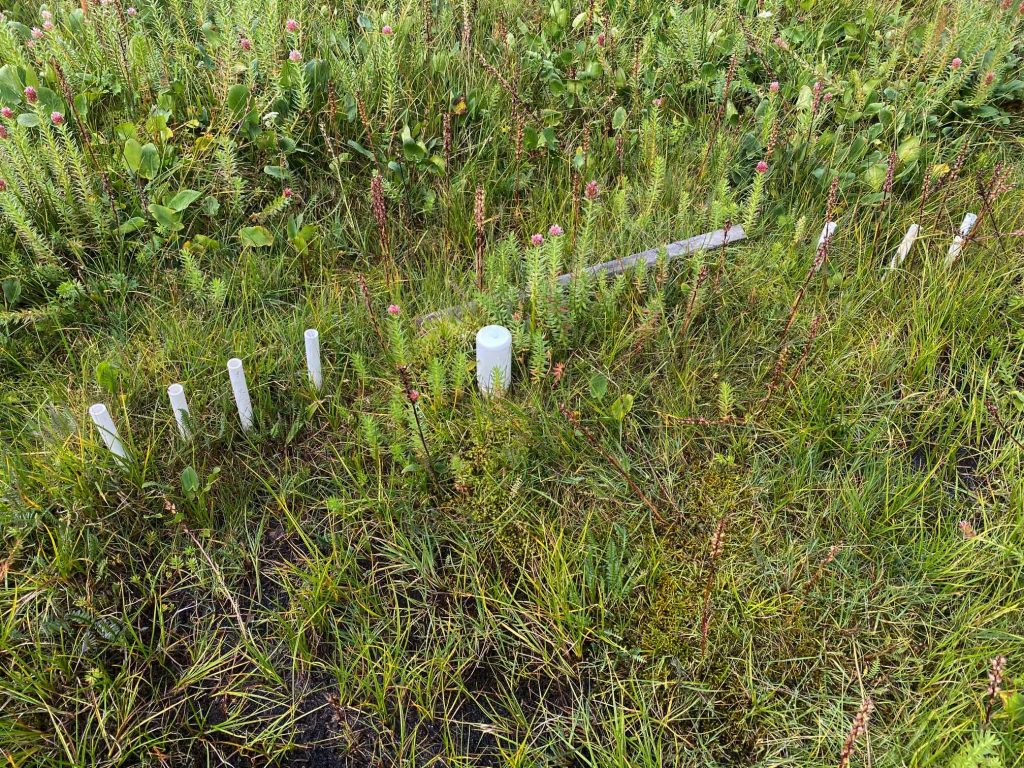 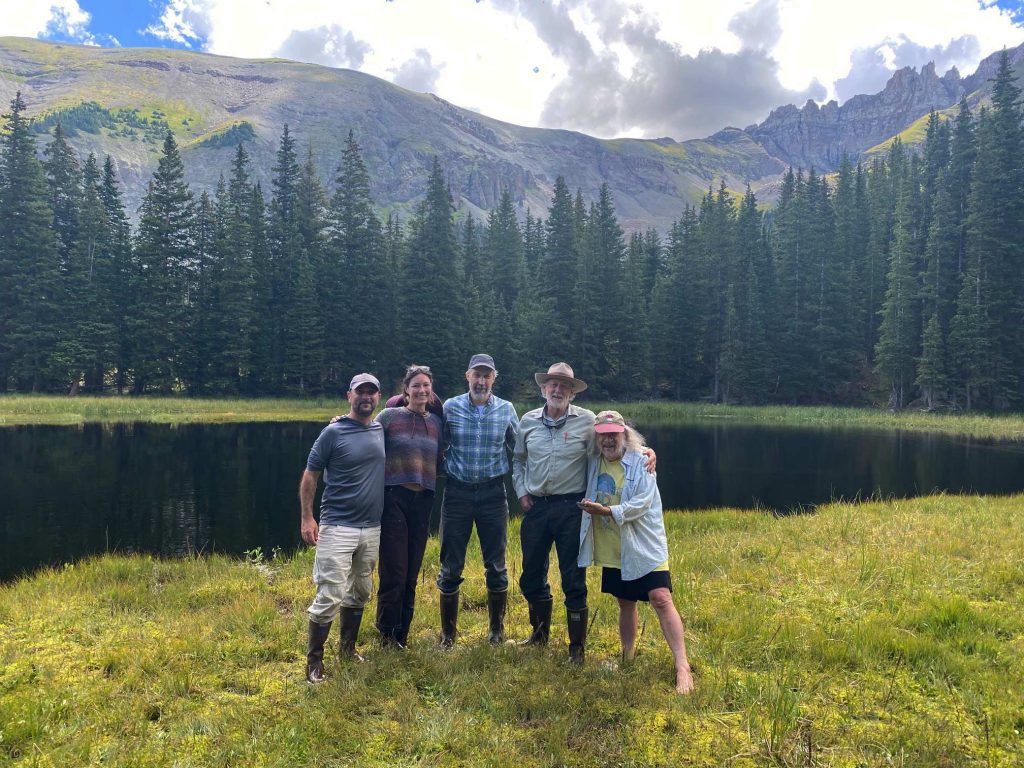 Dr. Cooper then provides the most concerning and poignant admission towards the end of the tour. “This 10,000 year old system is changing right before our eyes. I had recently assumed that the plant communities in the test plots I established 20 years ago had remained the same but after revisiting those sites this week I was wrong, they have shifted drastically.” This admission of both being wrong and the greater meaning behind that admission provide two invaluable insights. Dr. Cooper had believed that the plant communities would remain stable because they had for tens of thousands of years, a logical hypothesis. However during the last twenty years climate change has ramped up in a way that is destabilizing ecosystems with lifespans we as humans cannot comprehend, yet
we are at the heart of this change.

Dr. Cooper’s words were also a wonderful lesson in the importance of long term research projects such as this, because his hypothesis of stability would have never of been tested and proven otherwise if it had only lasted the 2-4 years of a typical research project in academia. Because of the data collected on the plant communities, water tables, carbon sequestration and various other data sets Dr. Cooper and his team have an invaluable resource that can help better understand, manage and learn from these ancient fens. As some of the highest wetland formations in the watershed the fens serve as a reflection for not just the peaks around them but the watershed as a whole. They provide us with crucial baseline information for future decisions and serve as a canary in a coal mine, as Dr. Cooper puts it.

As the group walks back towards our cars I take the opportunity to chat with Kate Miller about her work and thank her for her efforts. She in turn thanks me and Telluride Institute for making the tour and presentation and her research possible. “It was so nice to be able to share my work with so many interested and interesting people. So much of the time I am alone in the field wondering how my work will actually translate into the real world? Today with this group I could feel that impact. Thank you.”

I reflect on Kate’s words which are later echoed that night by Eduardo, John and David. The ability to share and connect their research with people is often limited and they all appreciated the opportunity to share, connect and hopefully inspire. As a participant I feel equally grateful to have been there, learning from such knowledgeable professionals. Later that night we all share a meal and exchange stories at Tomten Farm, where Kate has lived for the past two summers and we discuss how more scientific research projects should be shared in a similar manner, beyond scientific papers, management plans and presentations, but rather as an unfolding story, one in which we all have a part to play. 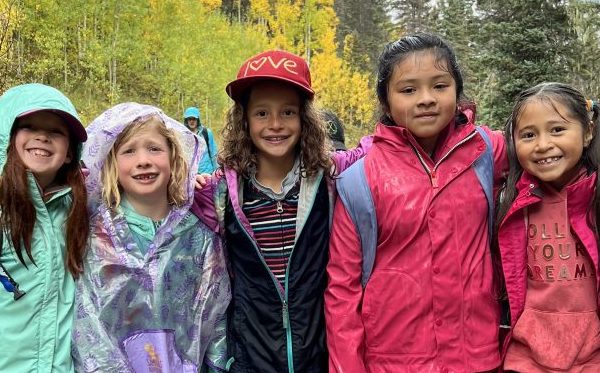 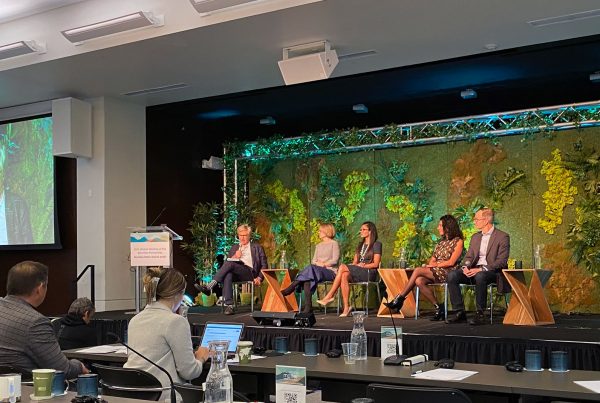 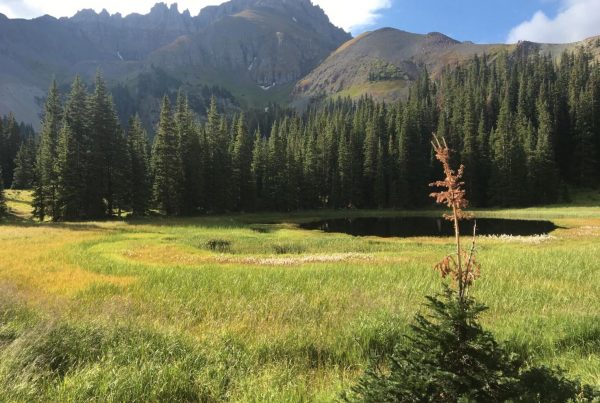 Did you know Telski is home to five unique wetlands called fens? Fens are a type of wetland that provides…
TI StaffAugust 10, 2022