WELCOME TO THE FISCHER CANTOR PRIZES

Founded in 1997 to honor a beloved Telluride poet who died young, the 23rd Annual Fischer Prize is a national poetry contest open to English language writers of all ages living in the U.S. or to U.S. citizens living overseas. All styles and subject matter are welcome. Deadline for the contest is the last day of August each year. Winners are announced in October. Prizes include $1000 Fischer Prize winner, $500 Cantor Prize winner, and five $250 Fischer Prize finalist awards.

PLEASE NOTE: The Fischer and Cantor prize contests are being separated rather than being joined, as they have been.

Due to illness and other unforeseen circumstances, we are delayed in restructuring this page for the now separated Fischer and Cantor Prizes. Please email Emma Youngquist at emma.younquist@western.edu and she will notify you when the website is ready to take submissions. 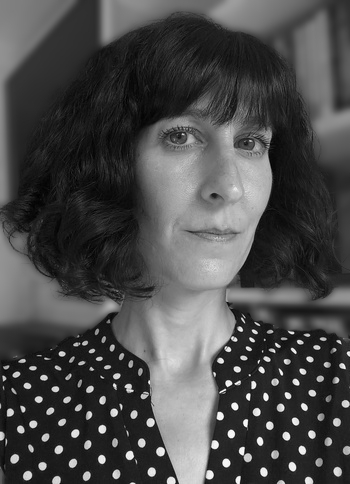 We are happy to announce the 2021 Fischer Cantor Prize winners!

Ja’net Danielo of Long Beach (CA) has won the 24th annual Fischer Prize with her poem, “We Thank the Veteran for His Service” (originally published in Newtown Literary, Spring/Summer 2020).

Originally from Queens (NY), Danielo moved to the West Coast where she now teaches at Cerritos College, has a chapbook out The Song of Our Disappearing (Paper Nautilus, 2020) and hosts her own website. 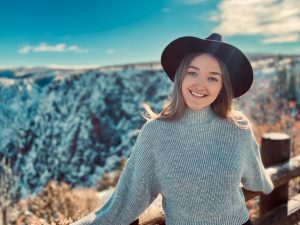 Madison Gill of southern Colorado won the Cantor Prize this year, with her poem “Urraca.”  Go here for more about her. While Danielo receives $1000 and Gill $500 in prize moneys, we had five finalists who will receive $250 each.

Bailey wrote a series of plays about the comedic pitfalls of romance in a small town that was performed by a cast in Taos, New Mexico, and her work has been featured on Live Taos.

Darby-Matteoda splits her time between Los Angeles and Telluride. She recently completed her MFA in poetry at NYU after a decade in the festival and events industry.

Untch calls himself an “emerging writer” with poems in many publications, including the Beloit Poetry Journal, Mudfish, Massachusetts Review and Paris American.

Ruth is an ornithologist by trade. Her writing focuses on connections to the natural world, and she was a Finalist for the 2018 NM/AZ Book Awards.

All the poems are available for viewing HERE.

The Telluride Institute’s Talking Gourds poetry program continues its decades-long tradition of offering a national Fischer Prize contest in honor of the late attorney/poet Mark Fischer, who died in the ‘80s, and more recently a Colorado Prize honoring his wife — politician/painter Elaine Cantor Fischer, who passed away four years ago.

As the Talking Gourds poetry program is undergoing a reorganization, there is a discussion about separating the 2022 Fischer and Cantor Prize contests. We expect to begin accepting submissions in January. To keep abreast of changes, check back for the latest information on the contests.

For 2021, our judge was award-winning poet Donald Levering of New Mexico. Visit his website at www.donaldlevering.com.

In 2020, our Fischer Prize winner was Jonathan Greenhause of New Jersey and the finalists were Melissa Studdard of Texas, Partridge Boswell of Vermont, Julie E. Bloemeke of Georgia, A. Kaiser of New York, and V. Penelope Pelizzon of Connecticut. Our judge was performance poet Claire Blotter of California.

In 2019, our Fischer Prize winner was Carlos Andrés Gómez of New York and the finalists were Kurt Luchs of Michigan, John Macker of New Mexico, Rev. Donald Marbury of Maryland,  Phyllis Klein and Susan Browne of California. Our judge was Berkeley Poet Laureate Rafael Jesús González of California.

In 2017, our Fischer Prize winner was Anna Scotti of California and our finalists were Anne Valley-Fox of New Mexico, Jennifer Rane Hancock of Colorado, George Perreault of Nevada, Helen Stevens Chinitz of New York, and James Crews of Vermont. Our judge was the late Denver Poet Laureate Chris Ransick of Colorado/Oregon.

In 2020 Mark Oreskovich of Pueblo won the Cantor Award. In 2019, it was Renee Podunovich of Dolores and in 2018 it was Jane Hilberry of Colorado Springs. 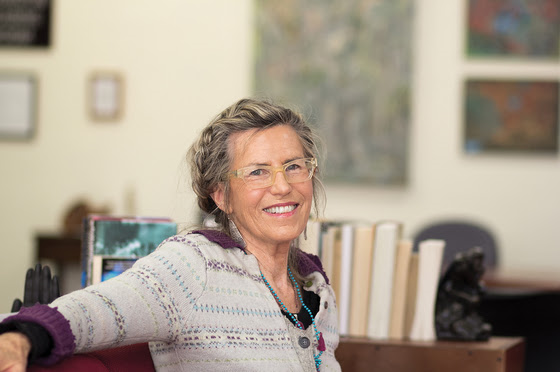 THOUGHTS ON “THANKS A LOT, SHAKESPEARE, FOR THE STARLING,” JONATHAN GREENHAUSE’S FISCHER PRIZE-WINNING POEM

Years ago, in the wonderfully eccentric community of Bolinas, eucalyptus trees bordering the lagoon on the road to town were the subject of intense controversy. Half the residents wanted to cut down this invasive species threatening native habitats, and the other half was horrified at the thought of destroying these stately town guardians. Some loved these trees as they loved the land and ocean, the spirit of this magical place.

Jonathan Greenhause, this year’s winner of the Fischer Prize, considers a similar dilemma in his poem, “Thanks a Lot, Shakespeare, for the Starling” at a time when the world struggles to balance on the shaky “ledge” of climate catastrophes and pandemic challenges. In three short stanzas, he skillfully navigates from the personal to the political to the historic– and finally, back again to the personal with a poet’s sharp eye and profound empathy. With precise language and spot on rhythm, this poem shines among those that espouse the values of preserving the earth, its bird and animal life. Yet Greenhause doesn’t shrink from contemporary contradictions we face in making complex environmental decisions.

A skilled storyteller, he vividly describes a starling building its nest in the center of what could easily be its worst possible climate disaster. But more, he traces the historical roots of how this non-native species was unconsciously introduced to America where it multiplied to over 200 million birds. And when most would toss out the nest, the narrator and family forego daily personal comforts so the bird family can survive. For this isn’t simply a misguided bird story, but the story of how we teach our children by example to pass on what we love and value, even amid paradoxical conflicts and uncertain priorities. And more broadly, the nesting starling becomes an apt metaphor for white America today struggling with a previously unimagined climate crisis after its relentless colonization of native people and their land.

The stately swaying eucalyptus still border the lagoon on the only road to Bolinas. Maybe not the wisest choice when you consider history and a wider view, but a choice based on a love of life, its beauty and mystery. And Greenhause, in the end, consciously chooses that lesson to pass on in his exquisite poem. No easy solutions as we, too, “press our luck upon the ledge.”

A poetry award named for Mark and Elaine Fischer – two Colorado creatives and champions of the arts. Mark was a brilliant lawyer poet who died young, and Elaine his artist widow who went on to become Mayor of Telluride and a San Miguel County Commissioner for four terms (2000-2016). She passed away Memorial Day weekend 2016.

What started as a county $100 award for local poets, moved to a statewide focus, then a regional Southwestern target audience, followed by a Western U.S. scan and has now widened its scope – making the awards available to poets in the entire country.  The current prize award is $1000 for the winning poem.

New in 2018, thanks to a generous donation from the Cantor Family, we initiated a $500 Cantor Award for the winning poem in the Fischer Prize contest from a Colorado poet. In this way, we honor the Fischers with a national prize, and the Cantors with a state prize.

April 28, 2021
One of five outstanding finalists for the Fischer Prize in 2020, Julie E. Bloemeke of Georgia will be the featured reader at…
CommunityFischer Cantor PrizesSpecial EventsTalking Gourds