Since our founding in 1984, we have continued to promote dynamic change within the Telluride region. From our beginnings as a festival of big global themes we’ve refined and narrowed our sights. Recent Ideas Festivals have dealt with pressing local issues, such as sustainability for the region and the science of compassion–issues that have local application, and global resonance and significance.

Guests at the Ideas Festivals

2016
Our most recent festival, “Housing Our Community“, was the third Ideas Festival to focus on the intractable problems surrounding affordable housing, transportation, energy, and social inequities. Keynotes by Jonathan Rose and Peter Bell were supplemented by panel discussions and break-out sessions by regional planners, civic leaders, and design visionaries.

1988
“Perestroika,” the first event in the United States to be co-sponsored by a NGO and the Central Committee of the Communist Party of the USSR (the only political party permitted in the USSR at the time),

1989
“Housing the Community,” which inspired an ongoing effort by the local governments in the Telluride region to provide deed-restricted housing to the local workforce.

1991
“Energy 1891-1991: A Celebration of Electrical History & A Hard Look At Our Energy Future.” Presented with the Rocky Mountain Electrical League and the Institute of Electrical and Electronics Engineers.

1993
“TeleCommunity” spawned the InfoZone, a project which made Telluride the first small town in the United States not affiliated with a university or corporation have direct dial-in to the Internet through a dedicated Internet POP tied to a pervasive community tele-computing network.

2000
“A Town Without Locals” explored the challenges of building a truly vibrant community without housing and economic opportunities for Telluride’s full time residents.

2010
“Compassion Festival” was the first of a series of compassion-related events that brought together leading neuro-scientists focused on the “science of compassion” with world representatives of wisdom traditions including Native American elders and Tibetan Buddhist Monks.

2016
“Housing Our Community” was the third Ideas Festival to focus on the intractable problems surrounding affordable housing, transportation, energy, and social inequities. Keynotes by Jonathan Rose and Peter Bell were supplemented by panel discussions and break-out sessions by regional planners, civic leaders, and design visionaries.

SUPPORT IDEAS FESTIVAL WITH A DONATION

“Housing Our Community” was the third Ideas Festival to focus on the intractable problems surrounding affordable housing, transportation, energy, and social inequities. Keynotes by Jonathan Rose and Peter Bell were … 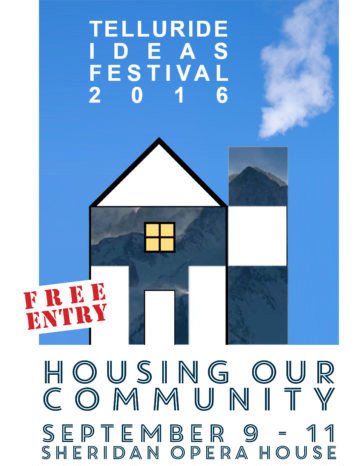 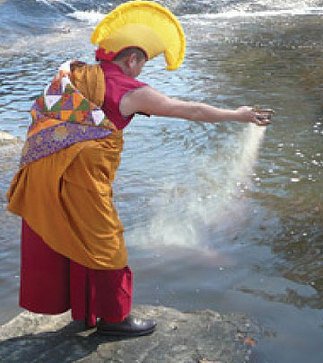 
The Telluride Institute and the Mushroom Committee are monitoring the COVID-19 pandemic closely. At this time, we plan on moving forward with some version of Festival.

This year, there will be a virtual option. As the Festival dates draw nearer into the Summer, we will review the state of affairs and public health guidelines to determine whether there will be a.) hybrid virtual Conference & physical Festival option, or b.) if the Festival needs to fully convert to a virtual format.

Details on fee schedules and programming layout to come in June/July once we have more information to make better informed decisions.

Rest assured, we are committed and excited to be having the 40th Telluride Mushroom Festival no matter what. We appreciate the input and suggestions of our Mushroom Community as we move forward together.

Refund information for the 40th Annual Telluride Mushroom Festival for ALL passes purchased:

REFUNDABLE/TRANSFERABLE POLICY: Early-Bird, Full Festival Passes, and Special Event Tickets are refundable through Eventbrite until 30 days before the Festival begins and transferable for a $20 Fee.

Please Note: Festival Stakeholder Passes ARE NOT refundable and are treated as a donation to the Festival operations and scholarship fund.

EVENTBRITE INFORMATION TO ATTENDEES ON COVID-19