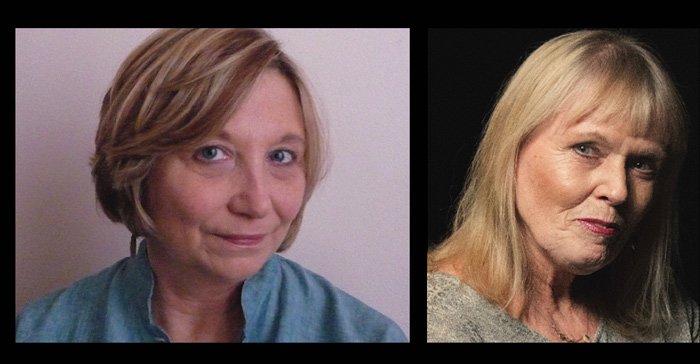 The job of the poet is, perhaps, to be “part rhapsodist, part mourner,” as renowned poetry critic Edward Hirsh has said of Barbara Ras. Ras, who received fellowships from the John Simon Guggenheim Memorial Foundation and the Rockefeller Foundation, will be reading in Telluride at Telluride Arts on July 31 at 5:30 p.m. She will be joined by Ellen Doré Watson, named by Library Journal as “one of 24 poets for the 21st century.” The event, hosted by the Talking Gourds Poetry Club, is free and open to the public.

“These are two of the most renowned poets we’ve hosted in years,” says Talking Gourds co-director Rosemerry Wahtola Trommer. “It’s a thrill to have poets of this caliber join our community.”

Ras is the author of three poetry collections: Bite Every Sorrow, which won the Walt Whitman Award and was also awarded the Kate Tufts Discovery Award; One Hidden Stuff (Penguin, 2006); and The Last Skin (Penguin, 2010), winner of the Award for Poetry from the Texas Institute of Letters. Her poems have appeared in the New Yorker, Tin House, Granta, Five Points, American Scholar, Massachusetts Review, and Orion, as well as in many other magazines and anthologies.  She is the editor of a collection of short fiction in translation, Costa Rica: A Traveler’s Literary Companion. Ras has taught in the MFA for Writers Program at Warren Wilson and at workshops nationally and internationally. She lives in San Antonio and is the founding director emerita of Trinity University Press.

Watson’s fifth collection, pray me stay eager, was released this year from Alice James, which also published We Live in Bodies and Ladder Music, winner of the New England/New York Award. Her poems have appeared in The American Poetry Review, Tin House, Orion, Gulf Coast, and The New Yorker. Among her honors are a Rona Jaffe Writers Award, fellowships from the MacDowell Colony and Yaddo, and an NEA Translation Fellowship to translate Brazilian Adélia Prado. Conkling Visiting Poet at Smith College, Watson also serves as poetry and translation editor of The Massachusetts Review and core faculty in the Drew University Low-Residency MFA Program in Poetry and Translation.

The New York Times says of Watson’s latest collection, “exuberant, eager indeed,” and poet C. K. Williams says that Ras’s poems are “informed by a metaphysically erudite and whimsical exuberance.” The evening promises to be provocative, entertaining and mind opening.

Wine and snacks will be served, and a book signing follows the reading. The reading is co-sponsored by Telluride Arts, Telluride Institute, Between the Covers and Wilkinson Public Library. For more information, contact Rosemerry Wahtola Trommer, 970-729-1838. 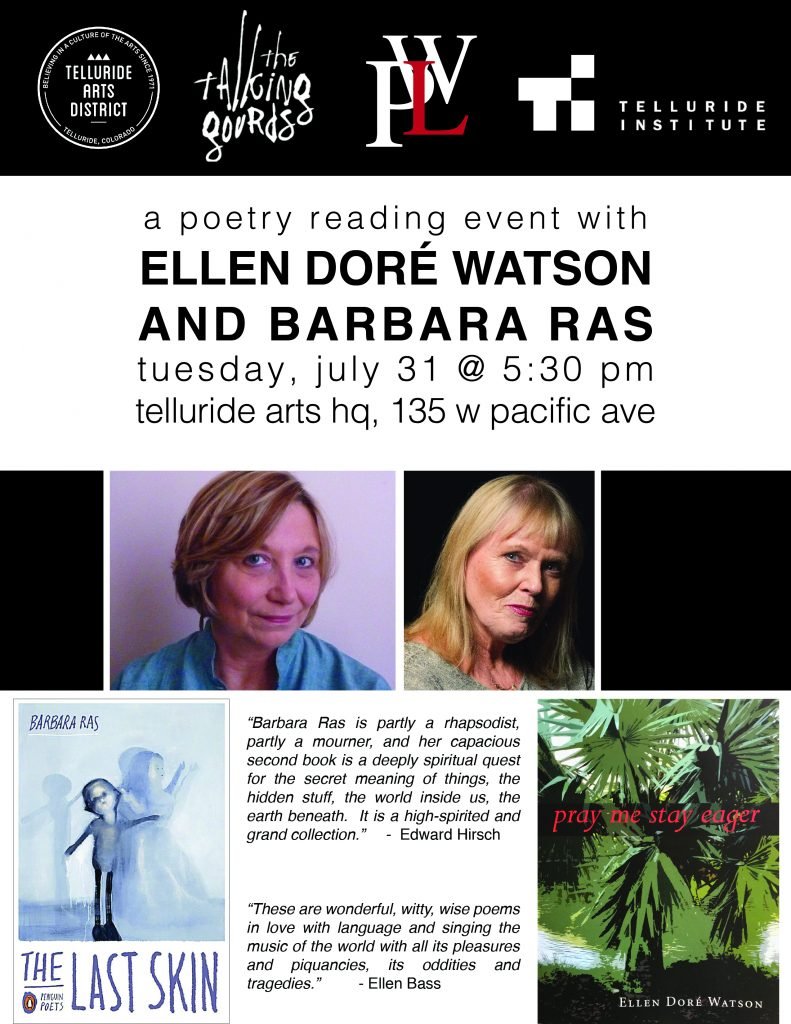